In Italy a lot of former cinemas are on offer, sometimes at a bargain price: it is both a business and an opportunity to revamp entire buildings. Published on Mark Up 223 September 2013. Translated by the author

As it happened to many abandoned and rundown big industrial sites turned into squeaky-cleaned shopping centers or brand new condominia, ex movie-theaters are highly rated: in fact they’re considered as the most strategic locations amongst the wide range of old buildings on sale in Italy: no need to ask why; what makes them attractive to the investor’s eyes is their downtown or high street position coupled with a sufficiently big size in terms of square feet to make room for spacious multilevel department stores, many-storey supermarkets, malls with luxury boutiques and high-end fashion stores.

Where the cinemas…have no screens
This trend dates back to the Eighties and the Nineties: the screens’ crisis began because of two main reasons: the out-of-town sprawl of big multiplex and the decline –in terms of tickets sold – of moviegoers over the last few years. Milan gives us plenty of good examples: one of the biggest la Feltrinelli libri & musica bookshop in Piazza Wagner replaced a famous cinema; the same happened to many other multiples, like Zara, the Spanish retailer that took over Astra in the heart of Milan, Hotel Diana Majestic that stands out with its elegant architecture –reminding us of Liberty’s roaring times – on the site previously occupied by Diana.
If we move from Milan to Genoa we can find a few state-of-the-art cases of revamping: in XX Settembre street, Genoa’s equivalent of Oxford Street in London, a few years ago people used to go to Lux; now they do the shopping at Giglio Bagnara, a three level concept store specialized in women fashion.
Back to Milan: Beni Stabili has been developing one of the most recent examples of conversion from cinemas into new commercial schemes: in the central Galleria Corso Vittorio Emanuele, next to Duomo cathedral, Beni Stabili invested approximately 20 millions euro to revamp a historic cinema (named Excelsior, opened in 1928), and give it a new lease of life as an exclusive luxury shopping centre (total investment amounts to 80 millions euro), designed by Jean Nouvel: the new Excelsior has a 7.000 sq.m. of walking surface and houses a selected bunch of international brands. Gruppo Coin doubled the successful idea by opening a further Excelsior at Verona.

Eataly loves both cinemas and theaters
Talking about real estate assets with historic values, deeply rooted in the urban habits of residents we couldn’t but add to this shortlist the Farinetti’s creature called Eataly, the Italian worldwide known high quality food chain based on the Italian local excellence in terms of agricultural expertise, now in Tokyo and New York as well.
After the two Eataly opened, firstly in the ex-Carpano’s factory in Turin and then in the former hard-core cinema Ambasciatori in Bologna (that shares the same building with coop bookshop), Oscar Farinetti chose the terminal of Roma Ostiense airport for its new big store, and he is going to take Milan by storm with a huge Eataly that replaces the former Smeraldo theater: from musical and theatrical performances to high quality restaurants hinged on Italian fancy for good food.

Sale... on sale
This is a pun made up of Italian (“sale” stands for cinemas) and English (“sale” from to sell). We’re not only playing with words because former cinemas are back to luring potential investors into buying strategically-located buildings. In Milan the “Maestoso” cinema (1.900 square meters) has been waiting for several years for a purchaser: the area could be revitalized with different retail activities. According to Immobiliare.it this asset is for sale at a cheap price: from 1.750.000 euro the price tag plummeted to 795.000 euro.
Going south: Roma, former cinema on sale, 750 seats, over 1.800 sq.m., in good conditions, with all the permits released by the Municipality for new building destinations (50% retail, 50% services and culture).
At Latina we find a historic place for moviegoers: the “cinema Giacomini” over 2.000 sq.m., central position, it is likely to turn into a shopping centre or a gym. How much to get it home? 4 million euros.
But it is not a business only for big cities: the sale of former cinemas involves small towns or hamlets too: at Barcellona Pozzo di Gotto, in the Sicilian province of Messina, you could become the owner of the cinema Maya at an asked price of 650.000 euro: it’s a 1.000 plus sq.m. building with offices and garden.
Back to the North, you should fork out over 1,1 millions euro to purchase the former cinema Golden at Legnano, not far from Milan: the 1.100 sq.m. two-storey building has a spacious parking. According to the seller, it could be refurbished into a hall dance, a supermarket, a gym, or a game room. 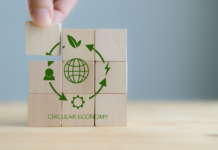 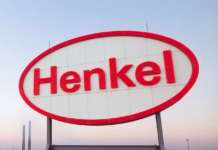 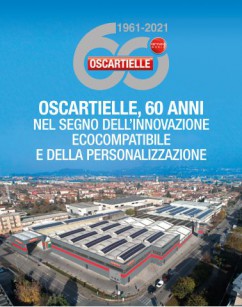